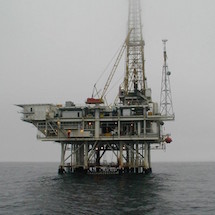 There are 27 oil and gas platforms off the California coast that will reach the end of their productive lives over the next two decades. The existing leases require that the platforms be dismantled and removed by the oil companies that own them. However, platform decommissioning is a scientifically and legally complex issue. Politically sensitive, it sparks heated–and sometimes polarizing– debate. What state officials needed to help them wade through public opinion was an objective assessment of the options for platform decommissioning — and the various challenges involved with each one.

Ocean Science Trust designed and managed the process to produce “Evaluating Alternatives for Decommissioning California’s Offshore Oil and Gas Platforms: A Technical Analysis to Inform State Policy.” Stepping beyond the typical technical report, the study also includes PLATFORM, an interactive tool that allows managers and the public to weigh for themselves multiple tradeoffs associated with decommissioning alternatives.

The study informed California’s rigs-to-reef bill, AB 2503, which was altered to reflect some of the study’s major findings, particularly around potential impacts to the marine environment and economic cost savings. Governor Arnold Schwarzenegger signed the bill into law in September 2010. Ocean Science Trust was also asked to generate a memo to the state legislature summarizing the study’s findings with respect to greenhouse gas emissions, including implications, limitations, and avenues of further inquiry.