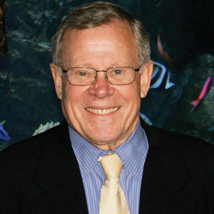 President/CEO, Aquarium of the Pacific

Dr. Jerry R. Schubel has been president and CEO of the Aquarium of the Pacific since 2002. He is president and CEO Emeritus of the New England Aquarium, and from 1974-1994 was Dean of Stony Brook University’s Marine Sciences Research Center. For three of those years he served as the University’s provost and is Distinguished Service Professor emeritus. Prior to 1974, Dr. Schubel was an adjunct professor, research scientist and associate director of The Johns Hopkins University’s Chesapeake Bay Institute. Dr. Schubel holds a Ph.D. in oceanography from Johns Hopkins University. He received an honorary doctorate from the Massachusetts Maritime Academy in 1998.

He has worked throughout his professional life at the interfaces of science-management-policy on issues dealing with the ocean with an emphasis on the coastal ocean. Dr. Schubel has published more than 225 scientific papers and has written extensively for general audiences. He is a member of NOAA Science Advisory Board and the Science Advisory Team for California’s Ocean Protection Council. He chaired the National Sea Grant Review Panel; the National Research Council’s (“NRC”) Marine Board; the NRC Committee on the St. Lawrence Seaway, Phase I and Phase II, the Ocean Research and Resources Advisory Panel, and the NRC Committee on the Value and Sustainability of Biological Field Stations, Marine Laboratories and Nature Reserves in 21st Century. He is a former member of EPA’s Science Advisory Board, the Census of Marine Life U.S. National Committee and the National Science Foundation’s Education and Human Resources Advisory Committee.

At the Aquarium of the Pacific, he created the Aquatic Forum that brings together scientists, policy-makers and stakeholders to explore alternative ways of dealing with important, complex, and often controversial environmental issues facing the nation. He also directs the Aquarium’s Marine Conservation Research Institute and the Aquarium’s Aquatic Academy programs. He has been interviewed by hundreds of media outlets on a variety of environmental and scientific topics for international, national and local stories.